If you’re lucky, about 5.5% of your followers on Facebook or IG are shown your organic static/image posts. If you have a massive company with lots of followers, the percentage is even smaller. But then, you add video to a post, and all of a sudden, it’s being seen by 12-15% or higher… Here’s the deal: the algorithm, in whatever form it exists in right now, always favours content that keeps users engaged and on their platforms. And video does that.

When comparing static/image ads to video ads on Facebook, one marketing data company reported 2x the increase in clicks, increased conversions by 20-30%, and a click-through rate that is 2-3x higher.

Add to that, the ROI was a lot higher for the video, resulting in 59 leads, as opposed to the 16 that the static ad brought in.

In the summer of 2020, when hotels were sitting empty because of travel restrictions, I worked with a Hotel and Conference Centre client to create a fun video that invited engagement and had a basic call to action. It included footage from the community, captions about their offer, a bit of music, and some basic image overlays of their gorgeous venue’s amenities.

The result? The venue booked over $3000 in sales within that first week.

More recently, I worked on a marketing video for branding and social media experts who were delivering their crazy amazing services to new entrepreneurs. They had created a group coaching program specific to a brand within the direct marketing industry. The video was shot entirely through zoom. Edited in Premiere. Included testimonial video clips, photo overlays and text prompts.

The whole thing was five minutes long and it produced 75 new clients in 7 days.

Results are amazing but connection is magic

If you’ve known me for more than ten minutes, you know I geek out over results, stats, spreadsheets, and marketing math.

BUT when it comes to video, what I love even more than the numbers, is the fact that video invites the viewer to stop scrolling and have a moment of real connection, even if it’s just from one screen to another. And I think we could all use a little more connection in our lives right about now. 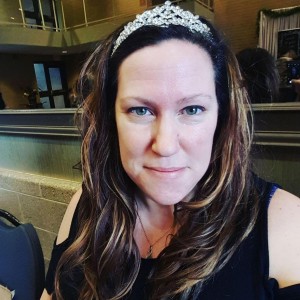 Geek out with me over marketing insights, ideas, formulas & srpeadsheets.

Video is outperforming all marketing right now. It can drive traffic, drive sales, and create authentic connection between your brand and your audience. If you’re serious about building or growing your business with video, here’s a few video marketing tools,

If you’re lucky, about 5.5% of your followers on Facebook or IG are shown your organic static/image posts. If you have a massive company with lots of followers, the percentage is even smaller. But then, you add video to a

Do you have favourite apps that make your life and biz easier, cheaper and/or more efficient? These are my TOP 5 Apps and Software Suites, and let me tell you, they’re worth every. damn. penny. #1 Zoho One I am

Most product/program launches fail NOT because the offer was horrid but because the people who would’ve loved/needed/obsessed over the idea/product/offer didn’t even have the chance to buy in. 😱 After 20+ years in marketing (yup, I’m ancient), it still kills

How I CAN HELP